« No marriage of a major twentieth-century writer is quite a 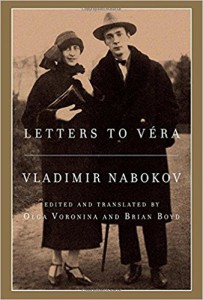 s beguiling as that of Vladimir Nabokov’s to Véra Slonim. She shared his delight in life’s trifles and literature’s treasures, and he rated her as having the best and quickest sense of humor of any woman he had met. From their first encounter in 1923, Vladimir’s letters to Véra form a narrative arc that tells a half-century-long love story, one that is playful, romantic, pithy and memorable. At the same time, the letters tell us much about the man and the writer. We see the infectious fascination with which Vladimir observed everything—animals, people, speech, the landscapes and cityscapes he encountered—and learn of the poems, plays, stories, novels, memoirs, screenplays and translations on which he worked ceaselessly. This delicious volume contains twenty-one photographs, as well as facsimiles of the letters themselves and the puzzles and doodles Vladimir often sent to Véra. »