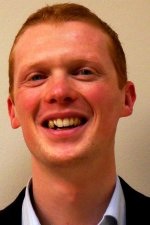 Lolita – “ American Landscape Sweeping Past as Seen Through a Car Window ”
By Michael Federspiel – m.federspiel@unistra.fr – View his information page

Listen to his piece of music :

This instrumental piece was written and recorded at the end of the year 2011, following and partly inspired by a third intensive reading of Nabokov’s American masterpiece.

The 3.43 mn song is the first fold of a musical fresco project, that will explore several selected (but not necessarily dominant) facets of the book.

Here, music plays several roles. First, it must be understood as a soundtrack accompanying Lolita’s reverie, in between adolescent tumult and calculated boredom, as she travels through the United States with Humbert in their good old Melmoth car. Musical structures recur, build up and evolve following the curves of a fleeting landscape. Last, changing tonalities also reflect Humbert’s mood in the face of this vast new home of his that the US at large are, betraying an ambivalent feeling of affection expressed through sarcasm.